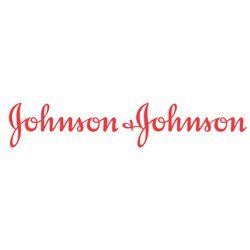 Johnson & Johnson, one of the largest healthcare product manufacturers in the world, has been forced to defend itself against numerous product defect claims in recent years. Some have stemmed from products being defectively designed, and others have arisen from Johnson & Johnson’s failure to adequately warn customers of the potential risks of its products.

For decades, two of Johnson & Johnson’s best-selling products were Johnson’s Baby Powder and Shower to Shower. Repeated exposure to these talc-based products may put women at a heightened risk of cancer. Now, thousands of women that used these products are claiming that Johnson & Johnson knew of this risk and failed to warn them about it.

A Missouri court hit the company with a $70 million verdict in October 2016, and other similar verdicts have been awarded in Missouri courts. However, two similar cases were dismissed in New Jersey because the judge found that the plaintiffs hadn’t sufficiently established a link between talc exposure and cancer. Whether future litigation follows the path of the Missouri or the New Jersey court remains to be seen, but more lawsuits are almost certainly going to be filed.

The implants caused debilitating side effects, such as organ perforation and severe pain, in many women. Johnson & Johnson was forced to pay over $12 million to two plaintiffs in early 2016, and it has settled hundreds of other mesh lawsuits for undisclosed amounts. The company is likely to face a class-action or mass tort lawsuit at some point in the foreseeable future.

DuPuy, another Johnson & Johnson subsidiary, introduced the Pinnacle hip replacement system in 2000. The system was touted as an innovative metal-on-metal design that was intended to last longer that other systems and reduce the risk of dislocation. But the metal components tended to rub together. For many patients, this friction caused metal ions to be released into the bloodstream, causing metal poisoning. Johnson & Johnson has agreed to pay nearly $3 billion to settle claims from roughly 8,000 patients that received the defective implants.

Pharmaceutical drugs that Johnson & Johnson manufactured have also been the cause of recent lawsuits. Risperdal is a drug that was marketed as a treatment for schizophrenia, bipolar disorder, and autism. Although the FDA approved the drug, it had a significant potential side effect of causing gynecomastia, or swelling of breast tissue, in males.

Johnson & Johnson was aware of this risk but failed to warn consumers. As a child, Austin Pledger took the drug to combat the emotional symptoms of autism and developed gynecomastia as a result. His family sued Johnson & Johnson in 2015. Pledger won his case and in May of 2016, the judge upheld his $2.5 million verdict. Hundreds of other Risperdal lawsuits are still pending.

Other drugs that have become the subject of lawsuits are the Xarelto Blood Thinner Lawsuits and diabetes drug Invokana. According to the plaintiffs, Xarelto has “a significant risk of severe, and sometimes fatal, Bleeding from Xarelto.” Hundreds of plaintiffs allege that Johnson & Johnson knew that the drug presented a high risk of internal bleeding but downplayed the risk to consumers and intentionally misled physicians about the risk to ensure continued sales.

Invokana Lawsuits was first marketed in 2013. In 2015, the FDA warned that the drug could cause a potentially deadly condition called Ketoacidosis from Invokana in some patients. There are now lawsuits claiming that, like Xarelto, Johnson & Johnson was aware of dangerous potential side effects and intentionally concealed the risk.