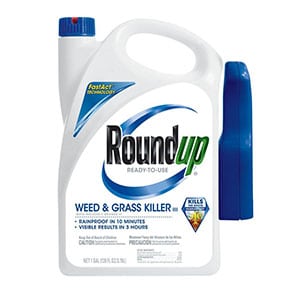 $2 billion have been awarded to a couple in Oakland, California after a jury finds that extended exposure to Monsanto’s Roundup weed killer led to their non- Hodgkin’s lymphoma cancer diagnosis. Alva and Alberta Pilliod had been using Roundup for residential landscaping for 30 years. They will also receive $55 million to cover medical expenses, pain and suffering.

CBS news article confirms that it took the jury less than two days to find the extended use of Roundup as a “substantial factor” leading to the development of Alva and Alberta’s cancer. During the case, documents were reviewed which showed that “Monsanto has never had any interest in finding out whether Roundup is safe”, says R. Brent Wisner, an attorney for the couple.

Bayer, the parent company of Monsanto, released a statement following the jury’s verdict, revealing their disappointment in the final decision. They plan to appeal the verdict and stated in opposition “the consensus among leading health regulators worldwide that glyphosate-based products can be used safely and that glyphosate is not carcinogenic”. Read the full statement here.

This is the third lawsuit against Monsanto concerning Roundup. Their past two losses have cost them $158.5 million total. The accusations and court findings against Monsanto have negatively affected Bayer’s current stock price for the time being, The Associated Press reports.

For more information review this article, on the $2 billion trial, by CBS News.