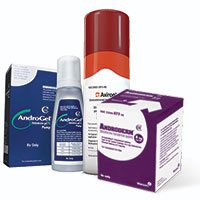 NastLaw is committed to providing the latest information on the Testosterone Lawsuit Status. The testosterone case has many products and many defendants in it, which makes the case very complex.

If you are looking for information on how to file a Testosterone lawsuit, please call us toll free at 1-888-532-4719, or use our online form for a free, no obligation consultation.

As a reminder, cases filed in Federal Court have been consolidated in the Federal Court in the Northern District of Illinois before the Honorable Matthew F. Kennelly.

The first trial against Auxilium, the manufacturer of Testim, began on November 6, 2017.

The plaintiff, Steve Holtsclaw, claimed that the usage of Auxilium Pharmaceuticals Inc.’s product Testim caused him to suffer a heart attack in 2014.

On November 16, 2017, an Illinois federal jury ordered that Auxilium’s gel Testim did not cause the plaintiff’s heart attack. Thus, the testosterone drugmaker won its first trial in the MDL over testosterone replacement therapy drugs.

At NastLaw, we will continue to post updates about the litigation as new information becomes available.

On October 5, an Illinois federal jury ordered AbbVie to pay $140,000 in compensatory damages and $140 million in punitive damages to a plaintiff Jeffrey Konrad, who suffered a heart attack after using AndroGel for several months.

Konrad claimed AbbVie knew about the potential cardiovascular side effects, but failed to appropriately warn its consumers about the risks.

This case is the second verdict in the MDL over testosterone drugs manufactured by AbbVie along with other drug companies. Thousands of other cases continue to pile up in Chicago federal court.

The next trial against AbbVie will begin on January 8, 2018.

At NastLaw, we will continue to update the Testosterone Lawsuit status as the litigation advances.

The ending of this trial is quite unusual. The jury found no connection between the use of AndroGel and plaintiff’s heart attack, thus did not award any compensatory damages. However, the judge recognized that AbbVie Inc. was funding ads that misrepresented what AndroGel could treat, and ordered $150 million in punitive damages.

This case is the first verdict in the Multidistrict Litigation (MDL) over testosterone medicines manufactured by AbbVie along with several other drug companies.

For more information about this trial read this article by the Chicago Tribune.

First Bellwether Ended in Mistrial. Second Trial is in Progress.

The first trial over AbbVie’s drug Androgel ended in a mistrial on June 12, 2017 after the lead plaintiff’s attorney fell ill. The first trial is rescheduled to begin in September.

Following a mistrial, AbbVie has started its second trial on July 5, 2017. The case is Mitchell v. AbbVie Inc., and is currently in progress.

On June 22, 2017, the Illinois federal judge overseeing the MDL selected the first two cases that will go to trial against Eli Lilly and Co., a pharmaceutical company manufacturing the testosterone medication Axiron. These trials will be heard in January and March 2018.

According to the court’s schedule, Auxilium Pharmaceuticals Inc. is also facing trials in November and April 2017 over its promotion of the testosterone gel Testim.

At NastLaw, we will continue to update the Testosterone Lawsuit status as the litigation advances.

Over 4,200 cases have been filed against a pharmaceutical company AbbVie, accusing the company of promoting its testosterone gel Androgel beyond the FDA’s authorized use leading to thousands of people suffer dangerous side effects. Jeffrey Konrad and his wife were among the plaintiffs that filed a case against AbbVie.

In 2010, Konrad had a heart attack, which he claims was caused by a drug Androgel prescribed to him 65 days before the incident. Shortly after, him and his wife has filed a lawsuit against AbbVie.

The Konrad case is expected to last for three weeks.

Other cases in this MDL, accuse AbbVie and other pharmaceutical companies of hiding the risks of blood clotting and blood thickening.

Testosterone Lawsuits allege that the manufacturers of the drugs:

For more information, visit our website section on Testosterone Lawsuits.