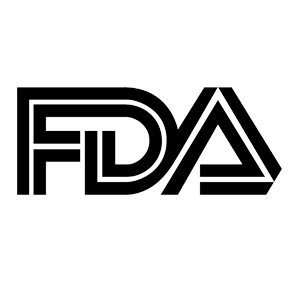 What is the FDA?

The Food and Drug Administration (FDA) is a federal agency within the U.S. Department of Health and Human Services. The FDA has broad regulatory authority over not just food and drugs, but also biologics such as vaccines, medical devices, tobacco products, certain cosmetics, and some veterinary products. The agency was formed in 1906 and today employs more than 14,000 people with an annual budget in excess of $4 billion.

The Food and Drug Administration is responsible for ensuring that food, drugs, and certain other products and processes are safe for consumers. Most people know that the FDA evaluates drugs and medical devices before they may be offered for sale, but the agency also plays an important role in establishing standards for usage and for distribution of information and labeling. Further, the FDA issues recalls when necessary.

Many people assume that the FDA is responsible for testing drugs, but this is not a role of the agency. Instead, the FDA approval process relies largely on submitted evidence.

2. What is the FDA Drug Approval Process

After a drug developer has conducted laboratory testing (including animal testing) for its new drug, they submit an Investigational New Drug (IND) application to the Food and Drug Administration. This step of the approval process clears the way for human clinical trials.

Clinical trials take place in three phases, which may take several years to complete. The trials can be halted at any stage, and sponsors meet with the FDA at intervals during the trials.

Once the trials are completed, the drug sponsor submits a New Drug Application (NDA), and the Food and Drug Administration assesses whether all necessary information has been included. If the application is found to be complete, the FDA begins review of the clinical data and other information submitted. From this point, the goal is to complete the review within 10 months for most drugs. High-priority drugs may be tracked for quicker review, and an abbreviated application process is available for generic versions of approved drugs.

3. How does the FDA Regulate Approved Drugs?

The Food and Drug Administration’s job doesn’t end when the drug goes to market. Through data sources including MedWatch, the agency monitors reports of adverse effects and may take action based on the data gathered. The MedWatch portal, accessed through the FDA’s website, gives consumers and medical providers the opportunity to review safety information and submit their own voluntary reports regarding side effects and other drug issues.

In some cases, the Food and Drug Administration action will involve providing an advisory to doctors and patients or additional warning labels on the package. In more serious cases, when the FDA deems the risks greater than the benefits of the drug, the drug may be withdrawn from the market.

4. What are FDA Recalls?

Food and Drug Administration recalls may occur for many reasons, from improper packaging to serious health risks associated with the product or a specific batch of the product. In most cases, the Food and Drug Administration does not actually have to order a recall, but they will work with the drug supplier to manage a voluntary recall. In the case of a medical device, the agency issues safety alerts which may, under certain circumstances, amount to a recall.

5. The FDA in a Nutshell

Many people think of the Food and Drug Administration as an agency that tests and approves drugs, but this is not actually an accurate picture of their role. Although the FDA does conduct some research, the vast majority of its approval decisions are based on information submitted by a drug’s sponsor and voluntary reports of adverse effects.