The US Food and Drug Administration has recently updated the warning labels on proton pump inhibitor drugs such as Nexium, Prilosec, and Prevacid.

Despite these updates, many in the medical community believe the warnings are still not strong enough and do not provide adequate warning about the risk of serious kidney injuries. 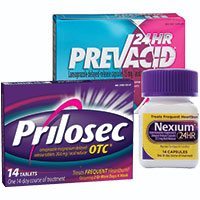 Medical studies have shown that drugs like Nexium, Prilosec, and Prevacid can cause serious kidney injuries. The warning labels on these proton pump inhibitor drugs do not mention the risks of these serious side effects.

Despite decades of studies and reports showing the serious risks associated with proton pump inhibitors, the FDA did little to educate both the doctors and their patients about these drugs.

In an effort to make a change, Public Citizen petitioned the FDA in 2011 to require updated information as well as black box labels on all proton pump inhibitor drugs. In addition to black box warnings, the public advocacy group demanded the inclusion of Patient Medication guidelines and a special “Dear Doctor” letter to be sent to prescribing physicians.

On April 3, 2012, FDA sent a letter to Public Citizen indicating that its request needed immense review since they were very serious and complex issues. However, beyond this brief response, the FDA did little to acknowledge the petition and took no further action to require these label changes.

In 2014, nearly three years after Public Citizen’s petition, the advocacy group filed a lawsuit against the FDA claiming that they failed to act in a timely manner and therefore further endangered the lives of millions who take PPI drugs on a regular basis.

Finally, with the threat of a lawsuit at hand, the FDA acknowledged Public Citizens’ requests and required changes on the labels of Nexium and Prilosec, as well as other PPIs, including Protonix, Prevacid, Dexilant, Zegerid and Aciphex, and their generic counterparts.

Although Public Citizen was pleased that certain requests were granted, the FDA declined to include warning labels for other serious side effects.

There is very strong evidence linking Nexium, Prilosec, Prevacid, and other proton pump inhibitors to kidney injuries, yet this information is still not included on the warning labels.

As this information has become available to the public, thousands of individuals across the country are pursuing lawsuits because they suffered kidney injuries from proton pump inhibitors.

Several lawsuits have already been filed, with thousands more expected to follow. Proton pump inhibitors are one of the most widely used drugs in America, and the risk of kidney injuries from these drugs poses a serious and widespread threat to public health.

The warning labels on Nexium, Prilosec, and Prevacid do not mention the risk of serious kidney injury.

Nearly 15 million Americans use a proton pump inhibitor for some form of treatment. Common brands include Prevacid, Prilosec, and Nexium in prescription and over-the-counter (OTC) varieties.

On the OTC varieties, no warnings are provided about any types of kidney injuries, including the risk of interstitial nephritis.

A 2015 study published by CMAJ Open found that older individuals who regularly took PPIs were twice as likely to be hospitalized with kidney failure than those who weren’t taking medications.

Furthermore, a JAMA Neurology study published in February 2016 showed an association with long term PPI use and dementia after examining more than 73,000 subjects aged 75 years or older.